Tabloids have used the term “mental breakdown” to categorize nervous breakdowns, instances of mental illness or erratic behavior demonstrated by celebrities. What some people call a nervous breakdown generally refers to unusual or dysfunctional behaviors caused by an underlying mental health problem.

What can celebrities with mental health issues teach us? A mental breakdown and diagnosis in the media can serve as an important reminder that no one is immune to mental illness and affirm the importance of providing mental health resources and clinical mental health counseling to the public. 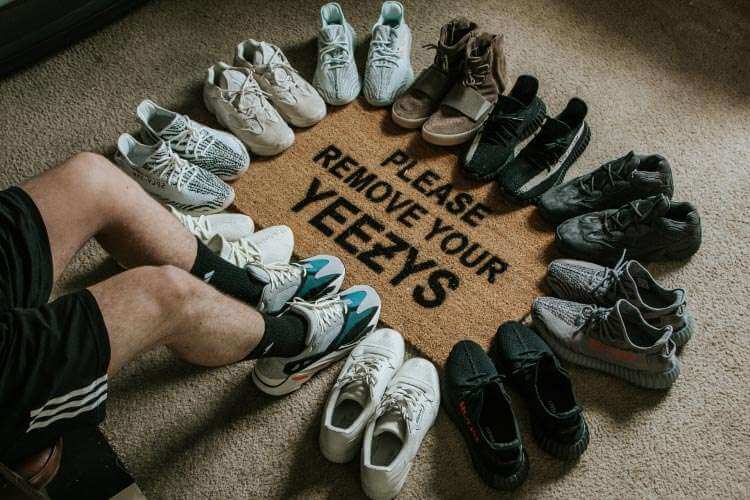 Kanye West attracted public attention and concern when he engaged in several controversial behaviors in 2020. People quickly began speculating if he was having a mental breakdown. Kanye West is an artist, rapper, producer and fashion designer with a history of inciting public notice. West shocked the masses on July 4, 2020, when he announced via Twitter that he was running for president of the United States.

This announcement was followed by a turbulent series of since-deleted tweets in which West implied Kim Kardashian West and her mother Kris Jenner were attempting to involuntarily detain him for a 72-hour psychiatric hospitalization. The media quickly circulated word of West’s mental breakdown.

West has been candid in talking about his experience living with bipolar disorder. West was willingly admitted to a hospital in 2016, after an emergency call regarding his erratic behavior as a mental breakdown. West’s wife, Kim Kardashian West, addressed his bipolar disorder for the first time in July 2020 when she wrote:

“Those that understand mental illness or even compulsive behavior know that the family is powerless unless the member is a minor. People who are unaware or far removed from this experience can be judgmental and not understand that the individual themselves have to engage in the process of getting help no matter how hard family and friends try.”

As these events unfolded, the term bipolar disorder saw a spike in Google search results between July 19-25, 2020. When celebrities like Kanye West grapple with a mental breakdown in the public eye, it generates greater attention and awareness of the presence of mental issues and how no one is immune. Rather than seeing West as a celebrity who had another mental breakdown, the public began to see him as a person living with bipolar disorder. 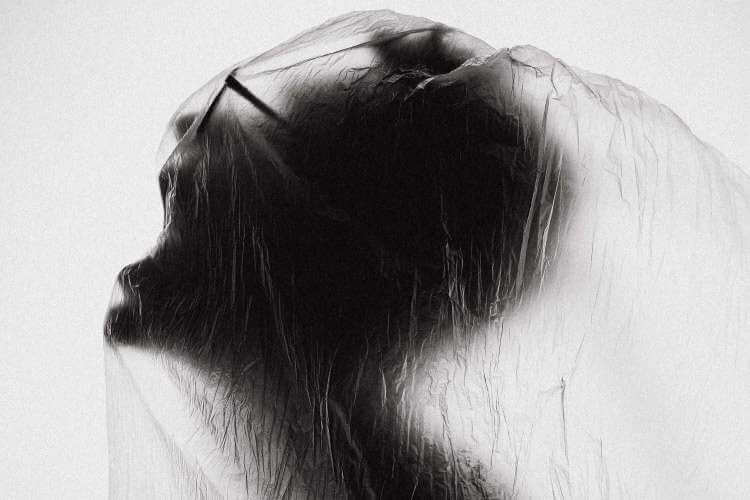 You have most likely seen eye-catching headlines drawing attention to a celebrity’s unusual behavior characterized as a mental breakdown. The media’s portrayal of what they deem a mental breakdown has shifted in the last several years. Mental illness—a topic largely considered taboo only 10 years ago—has entered public conversations and awareness has increased.

In 2007, Britney Spears, an American singer, songwriter, dancer and actress, famously shaved her head and attacked a photographer’s car with an umbrella while at a gas station. This event dominated the covers of magazines and generated public discussion about what caused this mental breakdown.

More than ten years after Spear’s mental breakdown, the tone of the conversation has changed. The New York Times released an article “What Is Actually Happening With Britney Spears?” detailing the star’s behaviors and why fans are concerned for her general well-being.

According to the New York Times, following Spears’ mental breakdown in 2007 and 2008 she underwent several psychiatric evaluations and was served a court-ordered conservatorship, which is, “designed for people who are unable to take care of themselves. At present, Spears’s father, Jamie Spears, acts as his daughter’s conservator, meaning he is in charge of her finances, as well as her physical and mental health.”

Fans are currently petitioning to lift the conservatorship through the popular online #FreeBritney movement. Rather than stigmatizing Spears’ mental health condition and dismissing it as a mental breakdown, the conversation has shifted to one of concern, empathy and a debate regarding the agency allowed to make decisions about people living with mental illness.

Other celebrities have come forward to speak candidly about their mental health and provide context around an alleged mental breakdown. Prince Harry recently revealed he has struggled with mental illness for over 20 years, spurred by the early death of his mother Princess Diana.

According to Forbes, the 32-year-old prince said he has been “very close to total breakdown on numerous occasions when all sorts of grief and lies and misconceptions are coming to you from every angle.” Harry disclosed hvaing turned to therapy to manage his mental health and gain coping mechanisms to prevent a mental breakdown. Are Celebrities More Prone to Having a Mental Breakdown?

Does the media attention covering a celebrity’s mental breakdown or admission into a rehab facility accurately represent the prevalence of mental illness among the rich and famous?

In 2018, chef and TV personality Anthony Bourdain and fashion designer and businesswoman, Kate Spade both died by suicide after struggling with depression. The tragic deaths of Bourdain and Spade rocked the public and reaffirmed the serious consequences of untreated mental illness.

Although uber-wealthy public figures and celebrities likely have the resources to seek treatment, they also experience added life pressures. Jonathan Alpert, author and psychotherapist in New York City, says, “Entertainers and people in the public eye may feel greater anxiety because they have the added pressure of trying to please the public. You're only as good as your last performance, review or earnings report. That can lead to burnout, stress, feelings of failure and depression.”

Social support and community is key to preventing a mental breakdown. Fans and followers do not replace a trusted support system, and as a result, fame can be surprisingly lonely. According to Thrive Global, actress Rose McGowan poignantly commented on Bourdain’s suicide when she said, “There is no one to blame but the stigma of loneliness, the stigma of asking for help, the stigma of mental illness, the stigma of being famous and hurting.” 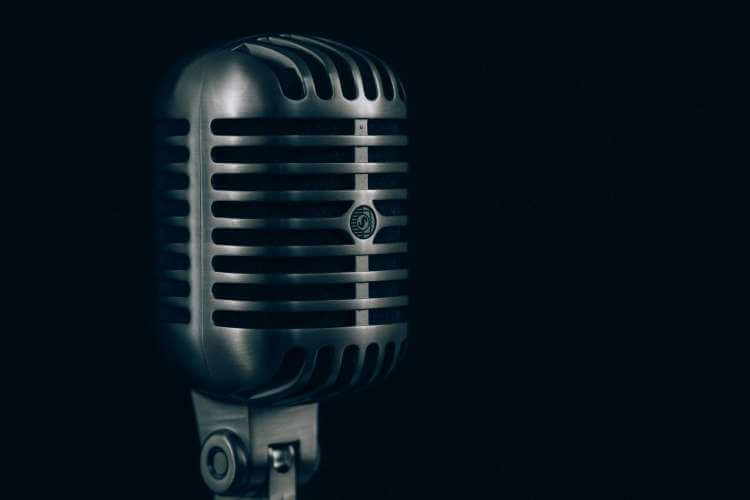 How Celebrities With Mental Health Issues Are Creating Awareness

Demi Lovato, the American singer and actress, opened up about her struggles with bulimia, bipolar disorder and drug addiction. The Guardian commended Lovato’s transparency when they wrote, “Her honesty has been a gift to many people who have experienced similar illnesses.”

Lovato released a tell-all documentary “Simply Complicated” on the popular streaming platform YouTube, and spoke sincerely about her mental breakdown, battles with drug addiction and her journey to sobriety. The reaction from fans was overwhelmingly positive. Rather than stigmatizing Lovato’s mental illness, people applauded her courage.

Actress, singer, producer and mental-health advocate Kristen Bell, has also been vocal about her journey living with anxiety and depression. “Anxiety and depression are impervious to accolades or achievements," Bell wrote. "Anyone can be affected, despite their level of success or their place on the food chain."

Bell reminds us mental health, like physical health, affects everyone. Similar to other chronic conditions like cancer or heart disease, depression, anxiety or a mental breakdown does not discriminate in their influence.

The Prevalence of Mental Illness in America

Mental illness is now the leading cause of disability in the United States. The following data from Mental Health America (MHA) presents a snapshot of the state of mental health in America today: 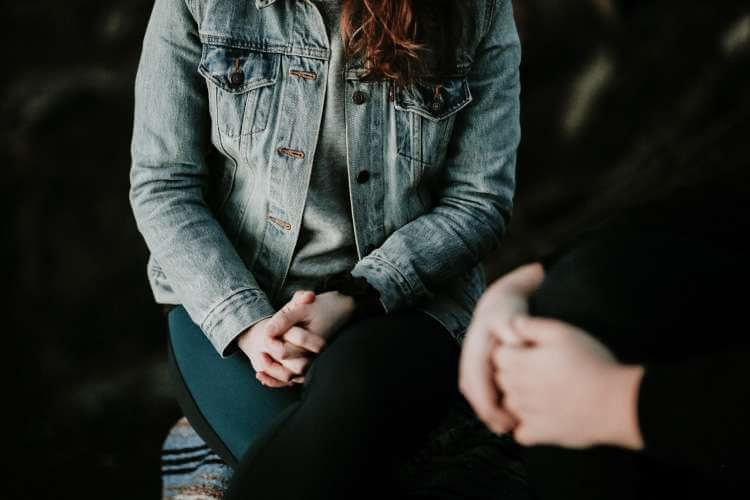 What Are the Different Types of Mental Health Professionals?

Celebrities with mental health issues are increasing awareness around the pervasiveness of therapy and treatment for drug addiction. Celebrities like Sophie Turner, Jon Hamm, Prince Harry and Selena Gomez have credited therapy for help in managing their mental health.

A mental health professional’s credentials dictate whether they are able to prescribe medication. For example, a psychiatrist is considered a trained medical doctor, capable of prescribing and managing a patient’s medication and course of treatment. A psychologist commonly treats people therapy, meaning they can diagnose and counsel people, but they cannot prescribe medication.

The following mental health professionals can provide therapy. However, they may not provide medication:

The following mental health professionals can prescribe medication. However, they may not provide therapy:

The Role of Mental Health Counselors

Mental health counselors have an important role to play in the treatment of mental illness in America. Undiagnosed and untreated mental illness can lead to a mental breakdown. Access to trained counselors can mitigate these consequences.

The National Alliance on Mental Illness (NAMI) studied the far-reaching effects of mental health disorders and found people with serious mental illness have an increased risk for chronic diseases, like diabetes or cancer.

The same study found family caregivers spend an average of 32 hours per week providing unpaid care to people living with mental illness and the global economy loses $1 trillion per year due to productivity losses from mental health issues.

A clinical mental health counselor is responsible for the following:

Large companies such as Correct Care Solutions, Inc. offer the highest salaries to licensed mental health counselors, at around $51,456, whereas self-employed counselors typically earn the lowest salaries, at around $36,191.

Most practicing mental health professionals are very satisfied with their careers. Mental health counseling is in the Top 10 Best Social Services Jobs and the 100 Best Jobs, according to U.S. News & World Report. Working as a mental health counselor isn’t just a job, it’s a vocation allowing compassionate individuals to improve the lives of others.

How to Become a Clinical Mental Health Counselor

An MSED in clinical mental health counseling is a master’s degree that prepares students to change the lives of people in diverse environments. This accredited program teaches students everything from theory to advanced professional practice so graduates can easily transition into the workforce.

Advantages of a Master’s in Clinical Mental Health Counseling

There are many advantages of an MSED in clinical mental health counseling. Working professionals interested in furthering their careers are busy, which is why many schools design flexible online programs that allow professionals to fast-track their university degrees without compromising their education.

Among the many benefits an MSED in clinical mental health counseling holds are:

What Do You Learn In An MSED in Clinical Mental Health Counseling?

Counseling is a profession and vocation that allows individuals to engage in service by applying acquired skills and compassion to help people living with mental illness. Students enrolled in an MSED in clinical mental health counseling learn the following skills in the comprehensive curriculum: 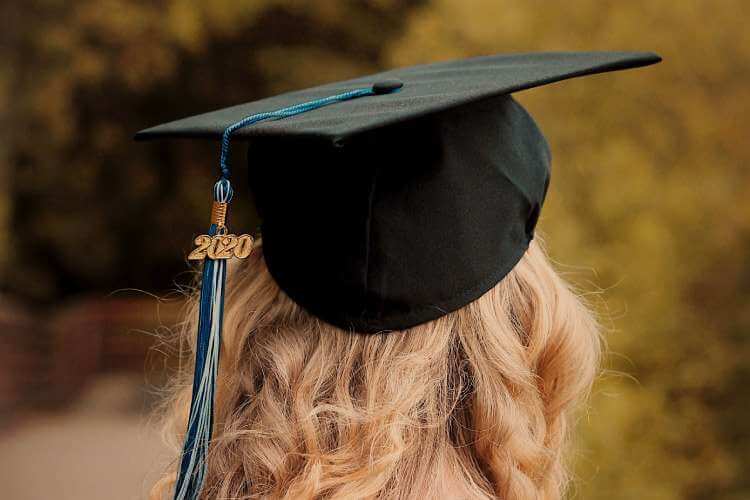 Make Your Passion Your Practice

At St. Bonaventure University, we are world-renowned for academic excellence and the value of our programs. Our online MSED in clinical mental health counseling has been accredited by the Council for Accreditation of Counseling and Related Educational Programs.

Our program provides students with an educational path combining quality learning and affordability. The comprehensive curriculum, supportive faculty and advisers, and provided internship placement have resulted in a 98 percent pass rate by graduates on the licensed professional counselor exam.

In addition to our program accreditations, our school is ranked nineteenth on the “Regional Universities” list and second on the “Best Value in NY State” list by U.S. News & World Report.

No one should suffer silently from mental illness. Accessible mental health professionals can intervene before a person experiences a mental breakdown. When you decide to pursue higher education and a career in counseling, you help Americans access timely, high-quality mental health care.

2. Where Does a Mental Health Counselor Work?

5. Clinical Mental Health Counseling - What is it?