The way society consumes news and content has changed dramatically in the last decade. Never in human history have we been more connected, a testament to the advantages of a new, exciting digital age. The Internet allows us to connect with anyone in the world in seconds; smartphones are supercomputers with high-definition video capabilities in our pockets. Journalists no longer need to wait until the papers print to get eyes on their reporting, instead utilizing the ability to instantly write, record and distribute.

But in the same breath, this ability can be a curse. Misinformation runs rampant, and truthful, unbiased journalism has never been more critical. The future of journalism in the digital age will require news outlets and journalists to adapt and completely change the status quo on how they report and distribute the news.

What Is Digital Journalism?

To understand journalism in the digital age, we need to understand its origins and how it got to this point.

Early newspapers, while fiercely partisan, helped establish important precedents journalism still follows today. Peter Zenger famously went on trial in 1735 for printing criticisms of the British government in his New York Weekly Journal. However, a court ruling found that printing negative statements couldn’t be libelous if based in fact. It helped lead to a free press.

Things changed much more dramatically in the early 20th century with the advent of radio — the medium changed, and so did the news. TV sets soon became commonplace in every American household, where titans like Walter Cronkite would become one of the most influential voices in how people got their news.

But the biggest pivot came with the Internet. At that point, people could access thousands of videos, photos and stories from around the world. Traditional news outlets needed to quickly adapt or find themselves out of business.

Digital journalism is exactly what it sounds like: editorial content consumed through a digital medium. At its core, it remains the same — reporting on the news and communicating it in a succinct way. Words are read on a screen instead of newspaper and audio is listened to from a podcast instead of a radio. Journalists adhere to the same code of unbiased reporting, strong writing/reporting and unwavering ethics, while also needing proficiency in multimedia, marketing savvy, and the ability to adapt to a constantly changing societal landscape.

In 1998, Newsweek reporter Michael Isikoff had been hot on the trail of a perjury case involving a low-level White House intern. When the story didn’t run, Matt Drudge — of The Drudge Report, an independent website — published a story saying Newsweek was sitting on something big. That intern was Monica Lewinsky.

A large, respected news outlet choosing not to run a scoop only to have it poached by a small, online-only news site heralds the first major example of digital journalism and how it would shake the landscape of news.

State of Decline in Modern Journalism 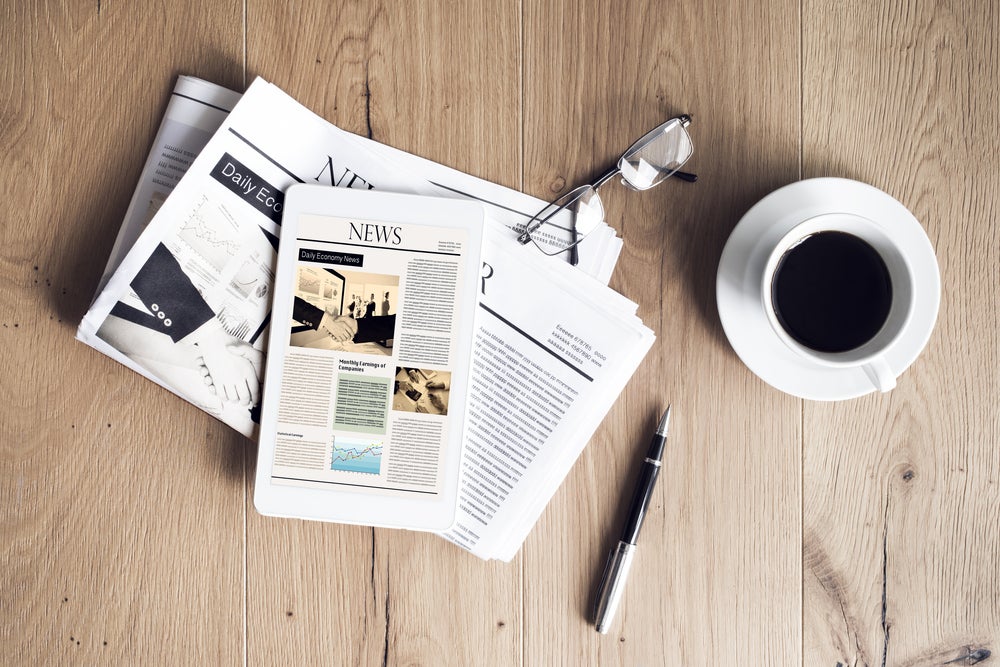 The steady decline of the newspaper industry has led many outlets to completely redefine how they report and distribute news. Between lagging ad revenue, free content elsewhere and media conglomerate consolidation, newsroom employment dropped 47% between 2008 and 2018, while ad revenue fell from $37.8 billion to $14.3 billion in that same time frame, according to Pew Research Group.

At its peak in 1984, news outlets in the United States distributed an estimated 63,340,000 newspapers, according to a study by the Pew. By 2020, that estimated number dropped to just under 25 million. While newspapers still play a prominent role in how society consumes news, it’s apparent that consumers prefer the digital format.

The news outlets that forecasted a change and adapted, like The Wall Street Journal and The New York Times, haven’t been hit as hard financially as others. While still printing a newspaper in the traditional sense, they complement revenue with digital-only subscriptions that allow readers full access to everything in the paper, plus podcasts, videos and more.

Journalism in the Digital Age: An Evolution

While still an uphill battle, news outlets that evolved to meet the needs of their consumers stand a fighting chance to continue providing quality journalism. For the most part, the way news is reported and consumed is similar to how it was done prior — the differences lie in the speed in which it happens, the competition journalists face and the different ways to get it in front of readers, watchers and listeners.

Print is the foundation of modern journalism, the oldest way we’ve reported and conveyed in-depth news. Printing and distributing newspapers, while a staple of older generations, has given way to news consumption in digital formats. Traditional journalism has changed profoundly with the onset of digital — newspapers and media outlets have had to completely revamp how they hire, market and communicate the news.

The second-oldest medium only to print, radio maintains its prominence as a major source of news. A Pew Research Poll found nearly 50% of Americans still receive news “often or sometimes,” from terrestrial (AM/FM) radio, while Nielsen found news/talk as the most listened to radio format. Many radio stations have adapted by providing consumers with apps where they can stream, download and rewind live news broadcasts. 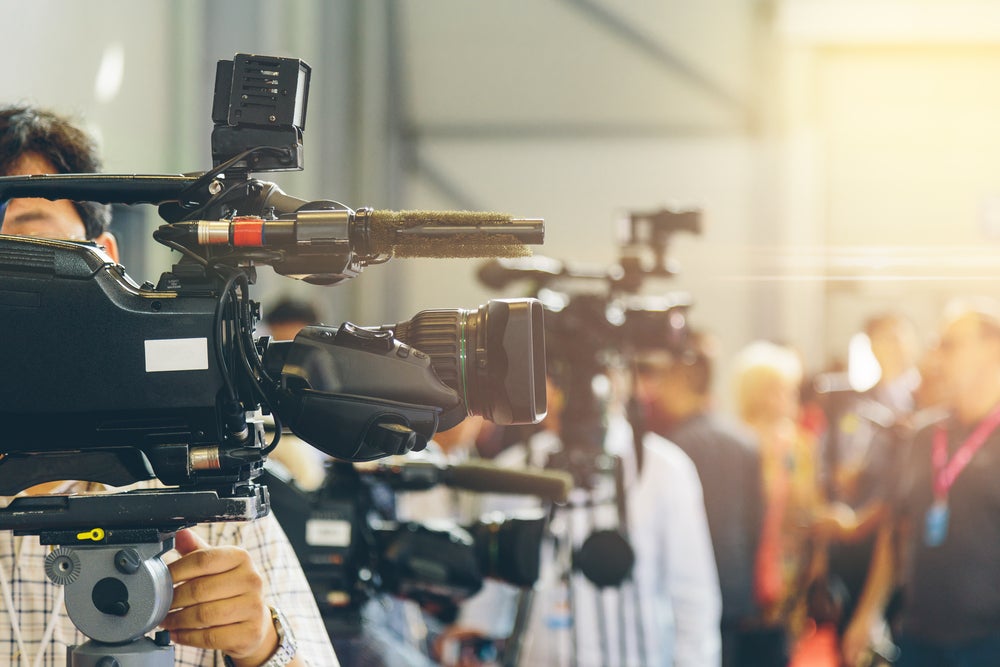 “It’s about creating a story arc,” said WKBW investigative reporter and St. Bonaventure University alumnus Charlie Specht. “If we have a big investigative story running on Monday, we’ll already have the web story written on Friday which will be scheduled to publish Sunday night.”

The increased traffic news sites get on Sunday evenings — due to things like NFL football games — teases the story and gets a discussion going. On Monday morning, the station will run 2-3 minutes of a 5-minute story, putting the full story online and teasing it for the 6 o’clock news hour. Reporters will host a discussion on its Facebook page providing an in-depth look at the reporting around noon before the full story is run at the 6 o’clock hour.

“The digital space has not only brought us different ways to tell the story, but completely changed the way we roll out a story. You can’t assume people are sitting down with the newspaper after work or in the morning, or making television broadcasts appointment viewing. The strategy is to meet people where they are,” Specht said.

Specht, Bona grad ‘10, said the reactions come far sooner than before due to the speed in which big stories are shared.

“The 24-hour news cycle, social media has made it more than that, almost down to the minute,” he said. “Our report on the Buffalo Diocese — the audio recordings of the Bishop covering allegations of abuse up — we had planned on doing the story arc where at 6 o’clock we dropped the big story. We published the online version around 6:00 a.m., and by 1:00 or 2:00 p.m. the Diocese called its own press conference to respond — not knowing we hadn’t yet published the entire story. In year’s past, that press conference may have been called not until the next morning.”

Americans consume sports — and sports media — at an astounding rate. According to Nielsen, the National Football League averaged just over 15 million viewers for each regular season game. While this was a decline from previous years due to rescheduling conflicts caused by COVID-19, sports remains a powerful landscape in the age of digital journalism.

No longer do we rely on waiting for the local or national paper to see box scores, statistics or opinion pieces — these things come swiftly with 24/7 sports networks, sports-driven apps and real time updates from reporters on social media.

The advent of social media has turned the traditional news cycle on its head. Reporters and news stations no longer need to wait for a broadcast or print edition to break news stories, instead of having the ability to deliver them in real-time. Of Americans aged 18-29, 42% use social media as their primary source of news, according to Pew.

Social media also has its downfalls.

“It can be dangerous in the sense that there are fewer layers between what’s in your head and the publishing,” Specht said. “With newspapers and the written word you have editors, with television you have producers who will pick apart things before they are put on air. With Twitter, you pull your phone and put things out there. The temptation is there to get out there and be first, but you want to be right, accurate and you have to apply the same journalistic standards to social as you would to [a] web story.”

Setbacks of Digital Journalism and How to Avoid Them 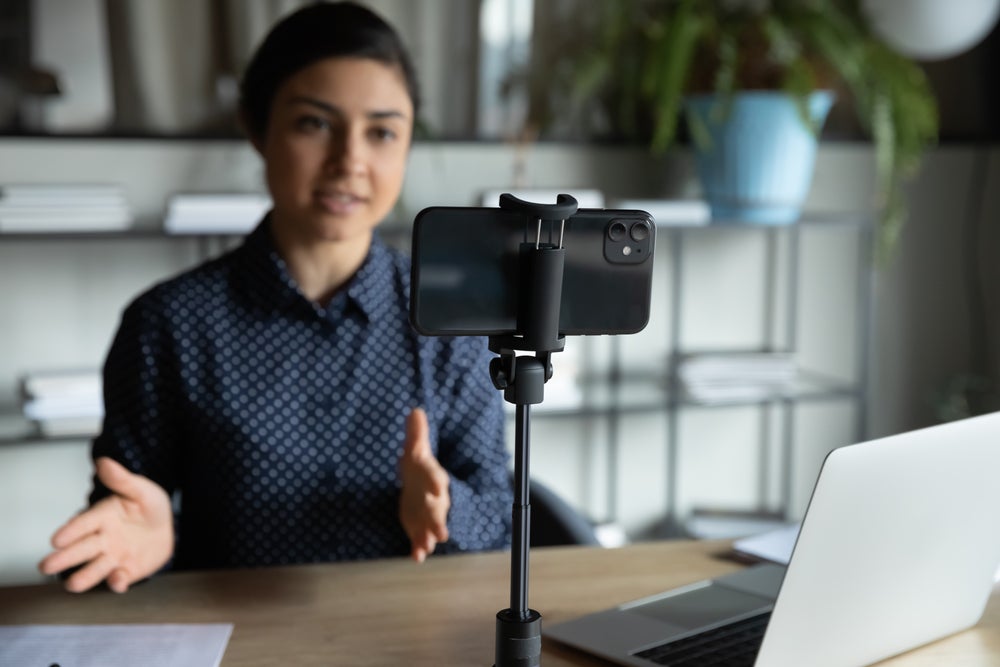 The ability for anyone with a smartphone to live stream an event or Tweet an opinion creates a major issue in regards to journalism in the digital age. Opinions taken as facts without any additional research or reporting lead to the spread of misinformation that oftentimes gets far more attention than the facts themselves.

A major advantage of digital journalism is the speed at which it can be distributed. But it also creates more challenges, as the balance between getting the news out and ensuring the information is correct becomes more difficult. These things plague digital journalism, and here’s how to counteract them:

Journalists pride themselves on breaking stories. But career advancement requires professionalism across the full spectrum, and that includes fact-checking. Too often, news is sent out without a thorough examination of the facts, leading to the spread of misinformation. Journalists both future and current can avoid misinformation by adhering to the following principles:

At its core, journalism relies on facts over bias. Unfortunately, in the politically charged climate we live in, the line between ratings and reporting becomes blurred. When a “hot take” opinion is written or a biased spin is put on a news story, it devolves into a screaming match.

Future of Journalism in the Digital Age

The journalism industry doesn’t look the way it did a decade ago. The United States Bureau of Labor Statistics estimates an 11% decrease in journalism jobs by 2029, adding to the industry’s sharp decline.

The only constant is change. Future reporters may see themselves becoming their own brand, self-financing blogs or websites through subscription-based models. And it doesn’t change the fact that being proficient in multimedia, strong communication skills and morality in reporting continue to be the keys to success.

Journalists in the digital age — much like those that preceded them — must continue to ask the tough questions, report with empathy and compassion and continue to shine a light on uncomfortable topics.

“You really have to know and be savvy digitally now,” Specht said. “When I first started maybe 10 years ago, we had digital people and reporters — helping each other but separate. Now, to be successful in the journalism field, you need to be a digital person to some extent.”